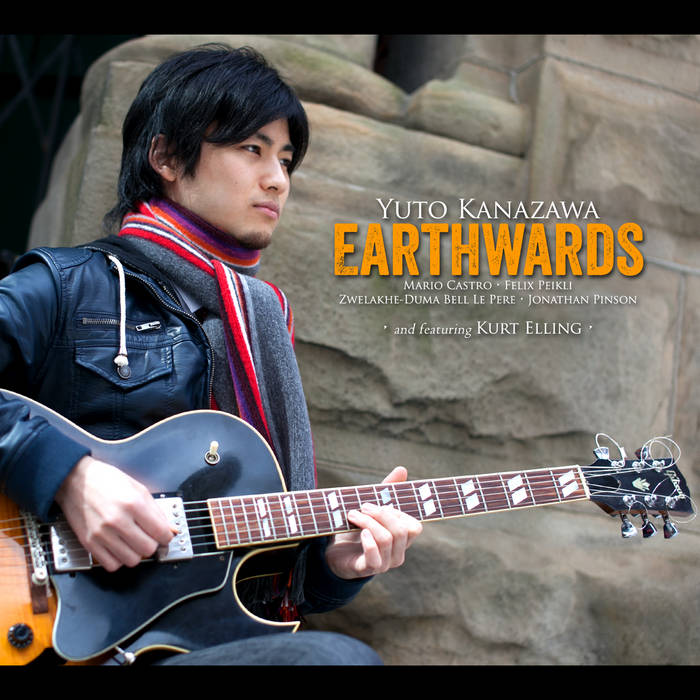 Originally from Tokyo, Kanazawa grew up in Fukushima and studied music at the Koyo Conservatory in Kobe, before moving to the United States. He attended the renowned Berklee College of Music in Boston and learned under such greats as Mick Goodrick, Tim Miller, Hal Crook, Dave Santoro, and Greg Hopkins. The Grammy-nominated arranger and trombonist, Phil Wilson, personally recruited Yuto for Berklee's Rainbow Big Band. The experience would be a serious training ground for Kanazawa.

Since graduating from Berklee, Kanazawa has toured Japan three times - most recently including a sold-out concert in his hometown of Shirakawa City, Fukushima. One notable composition on the "Earthwards" album is entitled "The Ocean", which is a meditation on the tragedy of the Japanese Earthquake and and Tsunami of March 2011 - an event that deeply affected Kanazawa and his homeland.

Two years after the event, the future looks bright. Now 26-years-old, Yuto Kanazawa recently moved to New York City with the completed "Earthwards" album and its story in tow. "Earthwards" includes a beautiful 12-page booklet, filled with commentary on the inspiration and background of each track. Among the writings are dynamic photos of the recording sessions, taken by Yusuke Suzuki and Christopher McIntosh. Interrobang Records has archived free online videos of the session, including eight full-length songs, on Vimeo and YouTube. These can be found by visiting Yuto’s website, www.yutokanazawa.com.

Music of “Earthwards” is featured on Kanazawa’s new collaborative project “The United East Jazz Quintet” with Korean and Japanese young jazz musicians based in New York and Boston. The band had concerts and free clinics at total 12 locations in Korea and Japan in June, 2013.

Bandcamp Daily  your guide to the world of Bandcamp